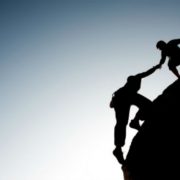 During the time I was CEO of The Loyalty Group, we grew from three entrepreneurs in a Toronto hotel room to over 600 employees when we sold the business to Alliance Data System (NYSE: ADS) in 1998.  Throughout this period, I thought a lot about both leadership and how to help our people develop the requisite skills to advance as far as they wanted to in their careers.

Nothing gives me greater pleasure that seeing those who worked with me do extremely well.  Two great examples are John Scullion and Brian Sinclair.  In 1993, I had to use all of my selling skills to convince John to leave the high profile corporate travel business Ryder Travel and join a company whose balance sheet looked similar to some now defunct Wall Street firms.  John is now President and COO of Alliance Data Systems, with a market cap of several billion dollars.  Brian Sinclair, whose first job out of college was an AIR MILES analyst, is now the Managing Director of Nectar, the wildly successful coalition loyalty program in the UK that recently sold to Aeroplan for $700MM.

After we visited Brian at his London offices last summer, my 12 year old daughter Jordan remarked, “You gave him his first job and now he has a better job than you!”  Although I thought about reminding her that the flexibility of my firm enabled our father-daughter trip to London, my wiser side prevailed and I responded, “That’s right, and nothing could make me happier than seeing people I hired doing really well.  That means I hired great people and hopefully they learned a few things from working with me.”

One of the things I came to understand about leadership and developing executive talent became what I call the “Three I’s of Leadership.”  I realized to build a successful high growth company while delivering on our cultural goal of “doing what others consider the impossible, while treating people with respect and having fun along the way,” we needed leaders with the following skills:

Over time, I found out two things about this model:

Three I Leadership can be, and usually is, a shared set of skills. Although no senior executive can have below threshold skills in any of the areas, many highly successful companies are lead by “Three I Leadership Teams.”  I first realized this through being involved in YPO (the Young President’s Organization) where I spent a lot of time with other Presidents of successful companies. My original belief was that successful CEO’s had to be “A” players in all three leadership skill sets, but I observed several who clearly were not what anyone would consider “motivate the troops inspirational” and others who were brilliant “idea machines,”  but needed someone to keep them from trying to implement every idea as soon as it burst into their heads.  All I observed were very smart, but not all would qualify for Mensa.

I soon realized that almost everyone had built a “Three I Team” around themselves by hiring direct reports that balanced and complimented their skill sets. There was the collaboration principle at work again.  Once I realized the importance of Three I Teams (and the stupidity of expecting every senior executive to be naturally gifted at all three), I started using the model to help my direct reports work on their weakest areas and to make sure we had Three I Teams leading all of our major groups and strategic initiatives.

I later began using the Three I model in recruiting and would ask candidates to distribute 100 points across the Three I’s to indicate their leadership strengths and weaknesses. One of the funniest reactions I received to this question came from an executive who had worked at American Express during the 90’s when Harvey Golub was CEO.  He responded something like, “That’s a great model.  Harvey is 60 intellectual, 40 implementational and 0 inspirational.” Then he became even more excited and said, “No, that’s not correct.  He is 60 intellectual, 60 implementational and negative 20 inspirational.”  Although the candidate was clearly exaggerating in jest, he was making my point exactly as Ken Chenault was Gulob’s number two at the time. I had the good fortune to spend time with Ken in the late 90’s as he had to personally approve American Express’s deal to  become an AIR MILES Sponsor.  Then and now, there may not be a better example of a “High I Inspirational” leader than Ken.

The model can apply to the leadership teams of organizations large and small. I recently thought about this model and how it applies to little league baseball coaches.  A coach needs to know the game of baseball, the complex rules, how to catch, hit, run and steal bases, etc.  Knowing how to play baseball is necessary, but insufficient. Someone on the coaching staff needs to know how to teach young kids to play baseball – how to learn the game and improve their skills. What drills are most effective in practice; how to spot a batting stance off balance or throwing motion without follow-through and how to make the subtle changes to correct these errors.  Finally, as all sports are partly mind games and baseball can be incredibly stressful for young athletes, at least one of the coaches has to be able to keep the kids fired up and have a vast vocabulary of positive things to say no matter what happens at the plate!

If this model makes sense to you, try it inside your own organization.  If it applies, consider building it into your professional development systems and recruiting strategies.  Collaborate by letting me know if it worked and what you have done to build upon it.