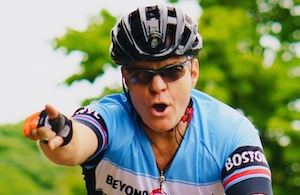 Passionate promoter of all I believe in. Entrepreneur, CEO, Advisor to Loyalty, Political and Social Entrepreneurs.

Craig Underwood, founder or co-founder of six for-profit and non-profit enterprises, was a pioneer in developing data-based customer loyalty programs and has been an innovator in the social media and nonprofit spaces.  He is an advisor to leading companies, venture capitalists, loyalty, social and political entrepreneurs and a political and social justice activist.  In addition to his role as Managing Partner of Underwood Partners, LLC, Craig is the Chief Evangelist for his nonprofit 1GoodThingToday.org that offers ideas and resources for helping those most affected by the COVID-19 and to bring our country together.

Previously, Craig founded The Loyalty Group in Canada, which became one of the largest multi-company customer loyalty programs in the world with 70% of households active members of the program. Started by Craig and two colleagues in a Toronto hotel room, the company now generates over a billion dollars in annual revenue and employs over 2000.  The Loyalty Group is consistently listed as both One of the Best Companies to Work For and One of the Best Companies for Women.  Craig was also a partner at the global strategy consulting firm Bain & Company and Bain’s nonprofit affiliate, The Bridgespan Group.

In addition to his professional career, Craig is an advocate of giving back to the community. He was a  Founding Board Member and Sr. Director of National Accounts for Year Up, the innovative nationwide workforce development program that recruits, trains and places low income inner city young adults in living wage careers with Fortune 500 companies.  He was also a founding board member of Horizons for Homeless Children, a Boston based nonprofit that provides pre-school to the city’s homeless children and serves as a volunteer Tennis Coach at The Sportsmens Tennis & Enrichment Center’s Volley Against Violence program – an initiative started by 2 Boston Police Officers that serves 4 to 14 year old low income inner city kids.

A self-professed “news and political junkie,” Craig served as Alan Khazei’s Policy Director during his 2009 US Senate race and Vice Chair of his 2020 Congressional campaign and was a founding member of United for Democracy.  Craig also worked to cure rejected mail-in ballots in Wisconsin and GOTV operations in Maine in October and November 2020 and in the US Senate run-off election in January 2021.

Craig was named Marketer of the Year and has been featured in three HBS Case Studies.  He has published numerous articles on loyalty, entrepreneurial success and leadership and blogs at CollaborationEvangelist.com.  Craig’s has to adult children.  He is an active snowboarder, tennis player and cyclist and raises money for Pediatric Brain Cancer by riding in the Pan Mass Challenge every August and for Afghan War Widows in Beyond the Bike, a 260 mile ride from Ground Zero to Needham, Massachusetts.

Craig is a member of the Bethel African Methodist Episcopalian (AME) Church in Jamaica Plain.

Want to join the discussion?
Feel free to contribute!